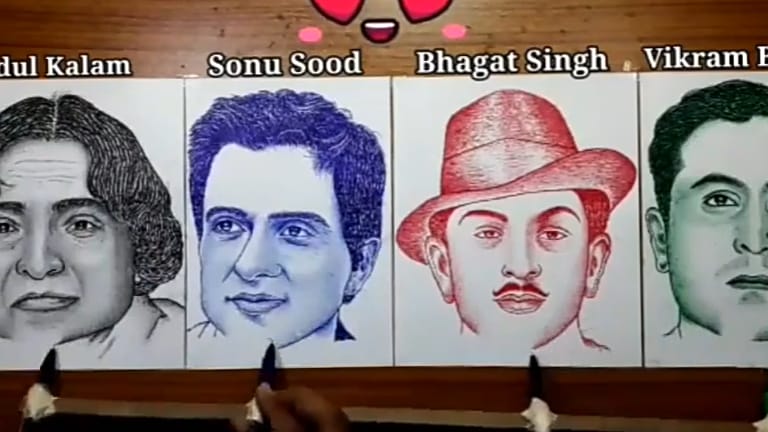 is currently living in Rapur to study. The photo has gone viral on social media