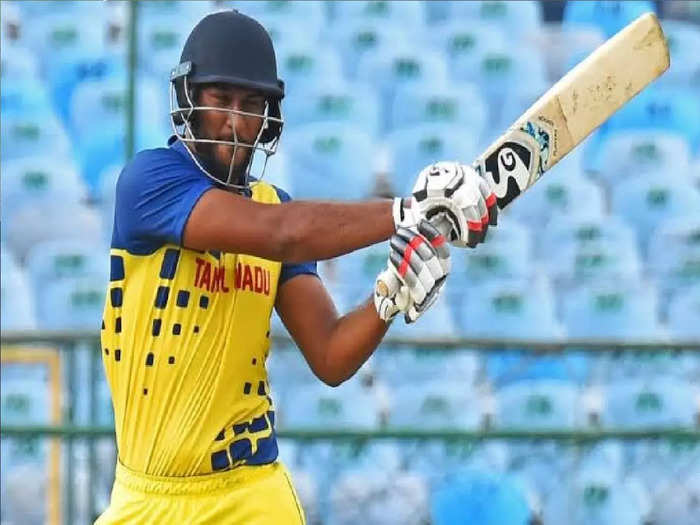 The Tamil Nadu Cricket Team got off to an explosive start, chasing a competitive target of 152 for Karnataka. Tamil Nadu openers Hari Nishant and N Jagadeeshan shared 29 runs in the first 3.5 overs. Hari Nishant, who scored 23 runs off just 12 balls with 1 boundary and two sixes, went on to steal the unbeaten run and joined the pavilion as runout. Sai Sudarshan hit 9 and Karun Nair took wickets.

Jagadeeshan batting caution: Jagadeeshan batted cautiously with captain Vijay Shankar for the third wicket after the two-wicket collapse. Vijay Shankar bowled 22 balls and hit 18 boundaries while striking out four. Jagadeeshan also caught the pavilion with Jagadeesha Suchith on the re-throw. N Jagadeeshan hit 46 off 46 balls with 2 fours and a six. In the end Sanjay Yadav was dismissed for 5 and Pratik Jain gave the wicket. M Mohammed also took 5 wickets for Vidyadhar Patil.

Karnataka failed to get off to a good start before losing the toss and batting first. In the first delivery of the second over of the innings, Rohan Kadam joined the pavilion. The pavilion comprised of the top three batters as the team scored 32 runs. But Abhinav Manohar and Sharath joined the team with 55 runs for the fourth wicket. Abhinav Manohar hit 37 off 46 balls with 4 fours and 2 sixes.

In the end, all-rounder Praveen Dubey, who hit an explosive batting innings, took 33 off 25 balls with three fours and 1 six. Jagadish Suchit crossed the 150-run mark with 7 balls to spare, with 18 fours and a six